The Accusations of Monopolistic Behavior Between Epic Game and Apple

The ongoing legal battle between Epic Games and Apple is a prime example of the power struggles between tech giants. Both companies have failed to prove that the other is a monopolist, but the accusations of monopolistic behavior are still being discussed by experts around the world. Join us as we delve into this complex topic and uncover what it may mean for consumers and developers alike.

Epic Games has accused Apple of engaging in monopolistic behavior due to its control of app stores, payment processing and related services. Specifically, Epic Games argues that Apple has prohibited competition in the “iOS ecosystem,” by requiring all apps to use the App Store and preventing users from downloading any third-party apps or games without first making a purchase within the App Store. Additionally, Epic Games claims that Apple’s 30 percent commission for any in-app purchases tied with games is an unreasonable fee that allows it to take advantage of consumers. As part of these allegations, Epic Games claims that Apple actively engages in unfair practices such as controlling user data and outlawing competitors from offering better deals on products.

This creates a barrier to entry for game developers who are looking to break into the iOS market and makes it difficult for developers to create an operationally successful business model. In addition, Epic Games accuses Apple of prohibiting users from selecting different payment methods besides those offered through their platform as well as changing their App Store rules whenever they desire with little notice or justification. Furthermore, Epic Games argues that Apple does not allow customers without iOS devices access their app store or download onto another device type. In other words, it is challenging even for established developers like Epic Game to bring customers onto their platform and make money from them outside of iOS due to the inability for non-iOS customers to access their products through alternative means.

Apple has released its official response to Epic Games’ accusations that it has created an anticompetitive environment by removing the popular competitive game Fortnite from the Apple app store. In its statement, Apple emphasized that their App Store is designed to provide users with a safe, secure and private environment for downloading their apps and games, while also ensuring fair competition between developers. Apple acknowledged the importance of Epic Games’ contributions to the gaming industry but denied any allegations of creating an unfair playing field by requiring Epic Games to adhere to Apple’s rules and regulations in order to maintain access to its products.

According to the statement, “Epic simply wants a special arrangement should be granted as if they are above everyone else and this we reject.” The tech giant then took greater issue with Epic Games various attempts at antitrust law violations in order for it to gain an advantage over other developers. Apple cites regulatory requirements or policies as another factor in its removal of Fortnite from the App Store. They specifically mentioned that any developer who wishes “to access and provide content or features within their apps must abide by applicable laws as well as Apple policies.”

What Does the Future Hold for Epic Games and Apple?

The future of Epic Games and Apple’s ongoing dispute is uncertain as the process unfolds. What remains to be seen is what the long-term effects of this conflict will be. It is possible that this case could set a precedent for how tech giants approach pricing, how apps are distributed and monetized, as well as how developer partnerships are handled in the future. At stake in this legal battle is the future of competition among tech giants for services, platforms, distribution power and in-app purchases. Epic Games claims that Apple’s App Store policies constitute a monopoly on apps, software and services for users of their devices.

This dispute has far-reaching implications for market competition and antitrust law at large. The consequences could shape how companies work with one another to bring consumers access to content while ensuring they have fair opportunities to compete with one another within a given industry or specific product market. The outcome of this case will determine the degree to which tech giants can leverage their power and dominant market position against competitors. As such, it could determine what types of restrictions will be placed on them when it comes to providing fair market access or engaging in anti-competitive behavior that stands to stifle innovation and restrict consumer choice in purchasing apps or acquiring digital media content across platforms.

Epic Games Failed to Prove the iPhone Maker is a Monopolist

Epic Games, the developer behind the popular game Fortnite, filed an antitrust lawsuit against Apple in August of 2020. The complaint alleged that Apple is a monopolist in the app store world, creating an environment that shuts out competition and excessively increases prices for consumers. The crux of Epic Games’ argument is that Apple’s 30% fee on purchases made within apps unfairly blocks competition and inflates prices for all but those with deep pockets. In its complaint, Epic Games compared Apple to other digital stores operated by Google and Microsoft which either have different pricing models or allow developers to reach users directly. At its core, however, Epic Games’ case failed to prove that Apple was a monopolist by definition of U.S antitrust law.  It argued that there were no viable substitutes available to customers but failed to establish precisely how they were excluded from meaningful alternatives due to Apple’s actions.

Furthermore, the court noted that Apple had not imposed its rules on competitors in order to reap anticompetitive benefits; rather it appears that their practices were borne out of reasonable caution and were beneficial for both businesses and consumers in many ways. Ultimately, even if Epic Games was able to prove its allegations – which it did not – the company still would have been required to show injury resulting from state action in order bring claims of monopolization under U.S antitrust law; something of which can rarely be demonstrated with concrete evidence. For this reason, at least one court held that provisions within Apple’s terms-of-service agreement do not constitute anticompetitive behavior under U.S antitrust law—at least not as far as a private litigant is concerned.

The ultimate conclusion of this study is that, in this specific case, there does appear to be evidence of monopolistic behavior by Apple. With the power and influence that Apple has in the mobile app market, it is clear that Epic Games’ ability to develop and distribute its own software was unduly compromised. Furthermore, Apple’s insistence on reserving a 30% commission on all sales within its app ecosystem has seriously hampered Epic Games’ ability to generate profit. This is especially troubling as Epic Games appears to have done nothing wrong and followed all applicable rules while developing and distributing their software on Apple’s platform.

The findings of this study suggest that the continued monopolistic behavior of Apple will have damaging consequences for not only Epic Games but also other developers who rely on mobile devices and services for their livelihood. As such, it is strongly recommended that a third-party regulator or industry body step in to prevent further exploitation of developers by a corporation with such large control over the market. In addition, a more open-source model should be adopted more widely so that individuals are not reliant on closed-source application stores in order to disseminate their work to consumers. 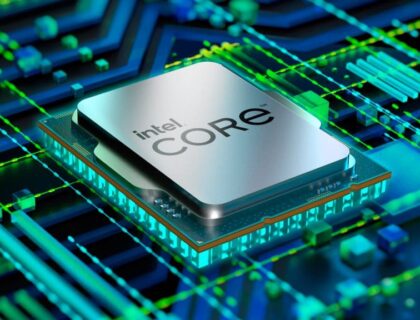