The game’s protagonist is a tree that must be planted and watered to grow into the next generation of trees. With lots of fantastic music, colorful graphics, and an interesting story to accompany it, Grow has something for everyone who enjoys unique games where you can’t quite figure out how it ends.

The “grow song of the evertree switch review” is a game that has been out for awhile. It was released on the Nintendo Switch, but it also has an iOS version. The app costs $4.99 and it’s rated 4 stars by users.

Despite several tries, I’ve never gone very far in world-building games. I tried Little Dragon Cafe, Lego Worlds, Minecraft, and other similar games, but it simply didn’t seem right. I don’t have the patience or genuine interest in creativity, and although I admire what others have accomplished, I don’t feel compelled to follow in their footsteps. I’ve also discovered that I’m not interested in simulations of the town-building sort. Harvest Moon, My Time at Portia, and even Nelke & the Legendary Alchemists, which concentrated on my favorite Atelier series, could never hold my attention for more than a few minutes.

That’s why I figured I’d be the greatest person to try out Grow: Song of the Evertree. People who like those other games may be divided by the fact that this lovely little game, designed by Prideful Sloth and released by 505 Games, incorporates components from all of them. It’s half construction, part farming, part crafting, and part exploring, all wrapped up in the promise of being a peaceful experience. I decided this was the ideal location to drop down and find out where I actually stood with this genre, as I had no personal interest in the other novels I listed.

The good thing is that I despise it.

He seems to be wet to the touch. Awesome.

Grow: Song of the Evertree puts you in the shoes of an unidentified alchemist (I picked the name Earl) entrusted with reviving the crucial Evertree. The Evertree, the heart of a magical planet known as Alaria, was afflicted by a poisonous growth known as The Withering, which drove away all the people, animals, and greenery that had formerly thrived abundantly around its roots and in its boughs. Two beings assist the Alchemist Earl: Book, a talking book, and Coppertop, a sentient potion. They work together to gently guide you on your path to restore and revive the Evertree and the environment around it.

The Alchemist will ultimately encounter the Everkin, a group of mythological creatures that will assist you with building and clearing (for a fee), and your efforts will entice others to return to the land that was once teeming with species and people from all over the globe. More work will result in more World Seeds, which will help you create more regions to manage, clean, and harvest from, resulting in a bigger, ever-expanding paradise for you and a bevy of NPCS to enjoy and prosper in.

Grow: Song of the Evertree is a 3D third-person world builder that aims to be peaceful, pleasant, and undemanding to the player. There is no battle, however you may need to whack a bug with a hammer to get the Withering off of it on occasion. While you aren’t required to accomplish anything, the game gradually pushes you to get into a pattern of duties and activities that arise on a daily basis. Initially, you’ll only be weeding, removing tall grass, and singing to the plants you sow on a little area of ground in a fairly conventional rehabilitation manner.

The Alchemist turns out to be a one-in-a-billion individual who can still hear the title Song of the Evertree, which you may sing to any plant, animal, or building that requires it to thrive and develop. As the land becomes more tame, you’ll begin to collect a variety of drops, which provide anything from a money to pay the Everkin for their services to new haircuts and wallpaper for your homes. Then, as the area becomes more manageable, you’ll need to start constructing lodgings for guests, as well as spaces for them to work. You eventually start organizing everything in a quickly developing community full of individuals who are happy to be homeless but would much rather have a house.

Kathleen is the first and most challenging villager you’ll encounter.

Grow: Song of the Evertree’s wonderfully lovely aesthetics will immediately draw you in. Anyone who has seen Yonder: The Cloud Catcher Chronicles knows that Prideful Sloth does an excellent job of making bright, colorful games, and Grow is no different. Though the character creation is a little bare bones at first, you’ll be able to add a lot more as you complete missions and chores (which Book never fails to provide), and your character will be as charming or harsh as you want them to be.

The Evertree’s real world is rich and vivid, with a huge variety of trees, plants, berries, animals, and people, ranging from the ominous spiky Withering bushes to the lovely species that gradually return as the disease fades. Grow takes a minute to explain the camera function for a reason: they know that users will want to capture screenshots of what they’re doing since it looks amazing. When you play on the Xbox One X, you get to experience the lovely world in 4K, and Prideful Sloth caters to their fans, at least on the device.

Wow…it nearly helps me forget about how bad things are in the actual world.

Within Grow: Song of the Evertree, the audio is quite hit-or-miss. On the one hand, the ambient soundtrack is meant to be upbeat with meditative elements, allowing you to fully immerse yourself in your tasks and not be concerned with the passage of time or the number of rocks you’ve smashed in order to collect more Myora and raw materials to melt down into Essence so you can make more stuff later. On the other hand, without any voices to speak of (which isn’t an issue), stuttering, unexpected pauses, and loops in the audio are highly noticeable.

When chatting to Book or Coppertop, there’s usually a bit of an imbalance that occurs when the audio abruptly stops and starts while they’re talking, and that really threw me off. It seemed like something that could have been easily and quickly rectified during QA to guarantee that the game was immersive, but it kept being pushed to the back burner as “something that can be done later.” As a consequence, I don’t recall the music as much as I remember how often it came to a crashing stop whenever a talking book or a living potion decided to make a quip (though I unapologetically adore the phrase “Remember me this way: screaming and panicked.”).

To return to my previous honest comment, Grow: Song of the Evertree has so many plates spinning from the start that it just isn’t the game for me, and it took a game like this – one that is inoffensive, cute, pleasant, and encouraging – for me to recognize that. You’re rewarded for everything you accomplish, from completing a job for the first time (you went through the main door! ), to completing a task several times. Nice effort!) to essentially completing what you need to do in order to advance in the game (you slept 10 times? Tiger, you did a fantastic job!).

At first, I was drawn to the game’s charm and was nearly enamored with the notion. I’d get up, ride my flying dragon pony to a location on the Evertree, and prune, pull, water, and sing for approximately 10 minutes. It was really relaxing: I enjoyed getting rewarded for collecting bugs in a net or just preventing an awful epidemic from destroying nature. It seems like an over-the-top pitch, but it’s obvious that some jackapes felt it was too tough to begin with; otherwise, why would I be doing it now?

Pictured is how I spent about 40% of my entire gaming time.

However, when people started to return to Alaria, the duties grew more larger and more time consuming. I had to clean out much larger patches of grass, as well as offer stomach massages to creatures in need of love (I know, what a goddamn hassle). People required living and working quarters. The Everkin needed more money to keep clearing land for my people to grow, but I was also graciously urged to maintain my personal interest in their region. The book and the potion both want me to start mixing things to create new things while simultaneously continuing to destroy things to create new things.

What occurs is that this is NOT a game for those who want to remain on target, since there’s no way to stay on task unless you’re ready to devote a couple of hours each day to the game. Initially, I was able to throw 15 minutes into it, obtain some new goods, and basically enjoy my land while I frocked about in craziness (also, assigning the Y button as jump was a strange choice). After a few days, it seems that failing to do at least four times that long implies someone is ignored, and they aren’t outraged or furious, although I am. I want to glance at a game, check a box, and move on. I can’t do it here, at least not without difficulty!

Is it true that we now have to prohibit dancing? What town is this, once more?

But, putting my own flaws as a human aside, I’m now understanding the allure of games like Grow: Song of the Evertree. Making peace and joy for the inhabitants of this simple, gorgeous, increasing planet gives me a great deal of pleasure. I felt quite proud of myself for being able to repair things, improve things, and create something that would make my life and the lives of others simpler. Because I’m not a crazy Twitch zoomer, I didn’t care about personalizing my house, changing the backgrounds, or donning the “Deal With It” sunglasses, but I did care about making my land lovely and keeping everyone happy.

However, the game is too ambitious and demands too much of the player without requiring it. It’s nearly as bad as having a parent who never gets upset, just becomes silent when you don’t live up to their expectations. There’s a “do-or-die” mentality to Atelier games that forces you to complete chores before the world dies. With Grow, I get the idea that everyone would just wait for the Withering to overtake them before I arrived, and I just don’t have the time for that.

I thought it was adorable, but I’m not sure whether I’ll keep it.

If you like games that never seem to end – Animal Crossing comes to mind – Grow: Song of the Evertree is a delightful title that hooks you in from the start and provides you plenty of reasons to stay. If, like me, you like a game where you can play in bite-sized chunks, the portions rapidly get too substantial, and you’ll quickly run out of space for more Grow. It’s a fantastic experience, but it’s just too much for me: I need to take a step back and envisage Alaria thriving without me.

Grow: Song of the Evertree is now available on PC, Xbox One X/S, PlayStation 4, PlayStation 5, and Nintendo Switch.

On the Xbox One X, the game was reviewed.

The publisher donated a copy of Grow: Song of the Evertree.

FIFA 22 Early Access: how to make the most of it 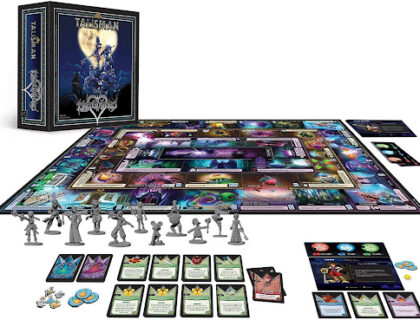